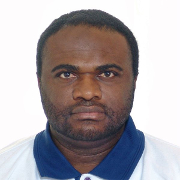 I was educated at the Islamic Institute of Ngaoundéré in Northern Cameroon. From there, I was awarded a scholarship to the Islamic University of Medina and graduated with a BA in Arabic and Islamic studies. I then was accepted at the International Islamic University in Malaysia, where I completed a Master’s degree in Muslim World Issues. My Master’s thesis was a study of the impact of the Tablīghī Jamāat (outreach society) in contemporary Cameroon. I examined the role played by this transnational Islamic revivalist movement originating from the Indian Sub-continent in reforming Muslims in Cameroon. From there, I went on to the University of Bayreuth, BIGSAS, where I embarked on a doctoral dissertation into the social history and ethnographic study of traditional Islamic scholarly culture in Northern Cameroon. My findings show that the traditional way of acquiring Islamic knowledge in the region is still very much alive despite the ideological challenge posed by the rise of the madrasa and the emergence of Middle-Eastern trained scholars associated with Wahhabism.
I am now a Fritz Thyssen Foundation postdoctoral fellow at the Chair of Islamic Studies at the University of Bayreuth. I am working on the life, writings and ideological battles of the prominent and polemicist Azharī scholar Sheikh Yusūf al-Dijwī (1870-1946), examining his relevance to contemporary Salafī-Ṣūfī controversies.