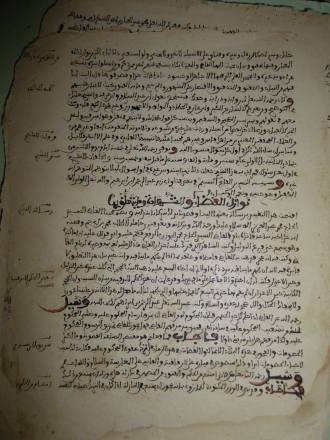 My research explores the history of Muslim scholarship and Islamic law in the western parts of the Sahara during the seventeenth and the eighteenth centuries, a period of North and West African history that remains vastly understudied. From the later Middle Ages onwards, the spread of Islamic learning and Islamic legal institutions had a transformative impact on Saharan agricultural and pastoral societies. Recent research has highlighted how Muslim scholars in oases or among nomadic groups assumed a pivotal role in promoting literate forms of cultural communication and expression. It has also been shown that the theological and legal models elaborated by Muslims jurists contributed in a decisive manner to the racialization of relations between sedentary Sahelians and Saharan nomads. Relying on unedited fatwa collections and other Arabic manuscripts from Southern Algeria, Mali, Mauritania, Morocco, and Niger, my project attempts to bring together these two strains of inquiry by adopting a trans-regional comparative perspective that combines methodologies from intellectual and social history. My aim is, on the one hand, to show how a shared intellectual space emerged in the Sahara, connecting various autonomous scholarly communities, and that this space yielded specific academic dynamics. On the other, I assess the social relevance of knowledge production in the region: how did the work of Muslim scholars contribute to shaping forms of societal order in areas that fell outside the scope of direct administrative state control and whose inhabitants governed themselves through institutions based on community autonomy, lineage structure and clan solidarity? Although I am mainly concerned with Islamic legal thought and practice, I see the florescence of fiqh studies in the pre-modern Sahara as a part of a larger acculturative process based on the popularization of three main disciplines of Muslim scholarship: law, theology (kalām), and Sufism (taṣawwuf). The interaction between these three fields of knowledge and its social implications provide the overarching framework for my project.

​Gender and Marriage among Beninese Muslims in GermanyEinklappen 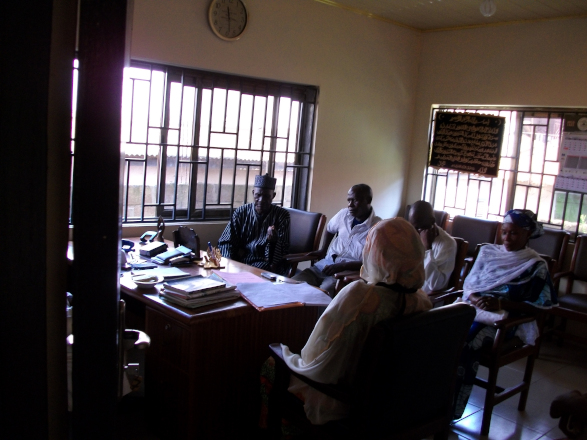 This project explores the ways gender is negotiated within the context of marriage among Muslims of Benin origin in Germany from the perspective of men, women and Islamic religious authorities. Focus is on the ways in which Muslims chart new paths with regard to gender negotiations in the area of marriage while at the same time exploring their sense of belonging to Germany as a diasporic space for Muslims of Beninese origin. In addition, I examine the manner in which Muslim women in particular embody and challenge certain hegemonic discourses on, and practices of, women in the domain of marriage. These include negotiating their marriage-linked expectations and obligations, managing daily family life and solving marital conflicts.

My empirical approach to this study is framed by, and contrasted with, broader debates in the field of Islamic feminism or feminisms. This field has produced a body of literature that posits Islamic feminism as one of the feminisms that challenges Western feminism. Although contested among Muslims and brashly criticised by male conservative Muslim scholars, Islamic feminism has come to stay, and is still growing, as seen in the many debates unfolding among largely female Muslim academics (Mernissi 1992, Wadud 2006, Shaikh 2012). These debates aim to show among other things the egalitarian nature of Islam by drawing from Islamic sources. Some authors even speak of Islamic feminisms in the plural, thus accounting for the diverse nature of feminism, even within one Muslim setting (Ennaji, Sadiqi and Vintges 2016). Since the emergence of the concept of Islamic feminism in the 1990s, debates about Islamic feminism have usually been heated, due to the assertion of women’s rights in Islamic contexts (Kynsilehto 2008).

In particular, this study is related to Islamic feminism in the ways in which Islamic feminism relates to the lives of Muslim women and gender in Muslim cultures and societies. It is particularly relevant and timely because it gives a perspective on understanding gender among African’s in a diasporic space. In addition, it opens up a broader debate on gender among Muslims outside of their original “home”. It has been shown that people travel with certain intangible valuables of their “home” traditions, especially social practices. So, the manner in which they engage the practices of the original “home” with that of the “foreign land” is particularly an issue this project seeks to understand (Drozdzewki and Birdsall 2019, Stanczyk 2019).

This research will be conducted in mainly three German towns, Hamburg, Essen and Dortmund. The main attention will be focused on Hamburg and Essen because these are the two cities with large number of Beninese Muslims. They are the towns where the earlier migrants settled and so became more attractive for later migrants. Besides this, the earlier settlers established Islamic structures like Madrasa (Islamic schools). However, I will pay a certain degree of attention to Dortmund due to the presence an active small Beninese Muslim community in addition to its proximity to Essen.